August 19 marks World Humanitarian Day, a day that recognizes the efforts of those people who sacrifice their lives to help people. The day focuses on the unsung heroes who work on the front lines in their own communities and in some of the most difficult places in the world. This year, the United Nations is saluting the efforts of women aid workers from across the world, who rally people in need.

The Armenian Relief Society recognizes the compassion and bravery of humanitarian workers, including the members of our organization who continue to carry out our noble mission.

What started with tiny steps to train volunteers sworn to assist Armenian villagers when self determination and survival were at stake, in no time became the most prominent International Armenian Women’s organization, who continuously serves the needs of the Armenian people, diasporan communities, our homeland, and the world.

Humanitarian workers provide life-saving assistance consisting of first aid, nutrition, shelter, and help rebuild after disaster has struck. Providing Relief and Radiating Hope has been a central focus of our mission, one that our members have carried out so diligently.

So today and every day we recognize the important work that are carried out by our members and those humanitarian workers around the world, sometimes even under the worst of conditions.

Here are some photo archives from our humanitarian initiatives 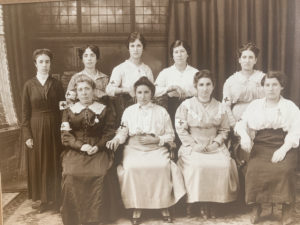 ARS Chapters across the globe mobilize during times of need and raise much needed funds to help their compatriots. 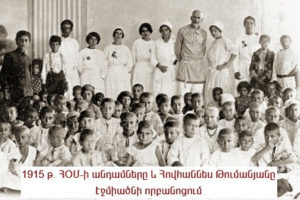 ARS members with National Poet of Armenia, Hovhannes Toumanyan at an Orphanage in Echmiadzin, 1915. 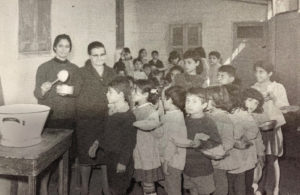 ARS members serve hot meals to the underprivileged during the Lebanese Civil War. 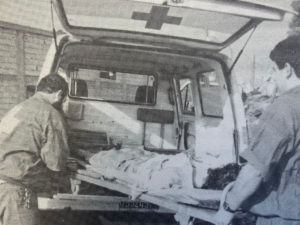 A scene from the ARS Emergency Unit in Lebanon providing first aid services during the Lebanese Civil War. 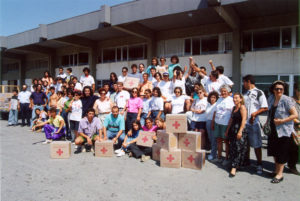 The Armenian Community of Greece, under the Leadership of the Armenian Blue Cross of Greece rallies the community to help the homeland after the Spitak Earthquake. 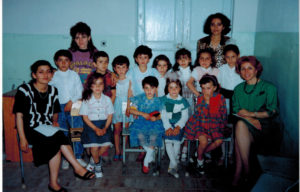 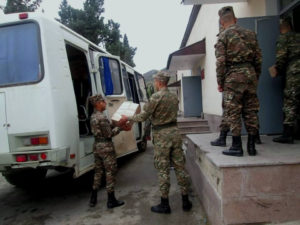 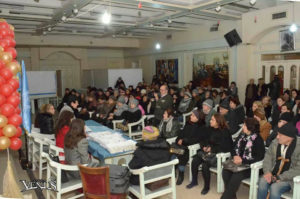 In 2011, when Armenian were once again caught in the epicenter of historic events due to the Syrian Civil War, the ARS through its entity in Syria was able to provide much needed humanitarian assistance to the Armenian communities of Aleppo, Kamishli, Der Zor, Damascus, Homs, Latakia, and Kessab. ARS’ actions gave hope to the Armenians in Syria, that they were not alone in their fight for survival. 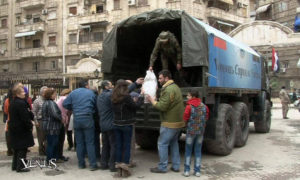 For more than a century, the ARS has also extended the healing hands of its members to bring hope to people facing disasters and emergencies—wherever or whenever they needed it. During the past four years, thanks to our extraordinary members and supporters, we have been able to help those that were affected by Nepal’s Earthquake, the hurricanes that hit Haiti and Texas, and the wildfires of Greece and California. 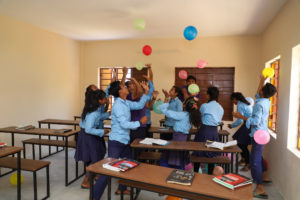 On April 25, 2015, a 7.8 earthquake struck Nepal. Over 9,000 people were killed, 23,000 were injured and the destruction to the infrastructure, homes and schools was massive. The ARS donated $2,700 to the All Hands and Hearts organization for its ongoing efforts in this disaster zone. The donation contributed towards the rebuilding of schools in the area, to ensure that the children of Nepal return to their normal lives at school and have access to safe and disaster-proof facilities. 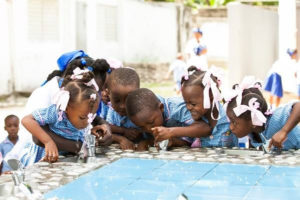 On October 5, 2016, a Category 4 hurricane with torrential rain, massive storm surge and strong winds hit Haiti. Considering that access to safe water and sanitation are essential to human health and to environmental sustainability and economic prosperity, the ARS was able to purify 14.1 million gallons of water for Haitian families through Hope for Haiti. 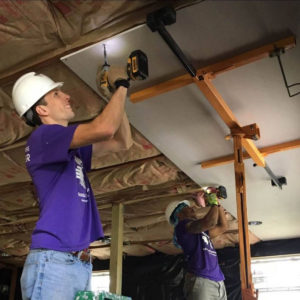 In August of 2017, Hurricane Harvey, one of the most destructive tropical cyclones in US History brought torrential rain, widespread flooding, and powerful destructive winds, that caused unprecedented damage to parts of Texas and Louisiana. In response to the obvious need for help, the ARS of Western USA Regional Executive Board raised $6,280, which was distributed to the affected families by the local ARS “Shogher” Chapter of Houston. 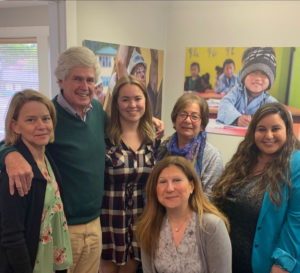 The Central Executive Board also donated $1,487 to the All Hands and Hearts organization, that has been working in the area to clear debris from homes and rebuild damaged homes and schools. The donations to the All Hands and Hearts organization were delivered to their International Headquarters by ARS Executive Director, Verginie Touloumian who was accompanied by Ojik Gregorian and Nelly Nerkizian, where they also had a meeting with co-founder, David Campbell and their staff.