It is amazing in how many ways the ARS moves forward its global activities! Sometimes its actual involvement is so vast, it seems to encompass a lot more than its declared programs. Yet, so much actual, visible and complete results are achieved, that its living presence is overwhelming as truly humanitarian endeavor, realized wherever and whenever needed.

The International Cruise is one of the occasions where the ARS melds the entertaining with the benevolent, which results in channeling necessary assistance to the needy – an interesting and efficient way of reaching humanitarian goals in a mutually agreeable way. 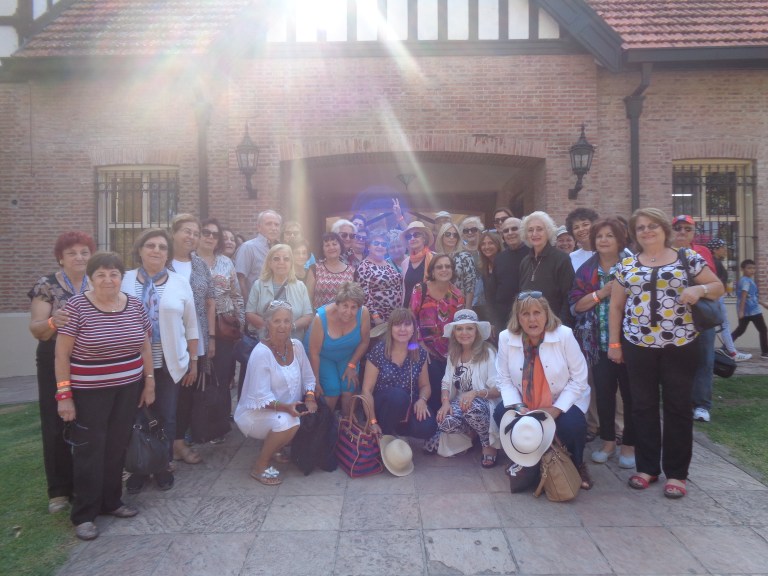 This year, the ARS 5th International Cruise – unlike previous ones – sailed around the shores of South America, instead of European ports. Lifting anchor at Buenos Aires, on March 13, it sailed to Uruguay, where after visits to Montevideo and Punta del Este, headed to Argentinian Patagonia’s Puerto Madrin and Usuwaya, from where it set sail for Chile, Cabo de Ornos, Punta Arenas, the Straight of Magajanes, Puerto Mont, reaching Valparaiso, where it concluded its cruise on March 27. Arranged by the ARS Central Executive Board, all musical entertainment on board was rendered by the Argentinian musician Edgardo Sarian and vocalist Alejandro Chipian.

In Buenos Aires, as the host region, the ARS/South America Regional Executive, with local chapters and the Cruse committee, organized welcoming events for the participants of the Cruise. 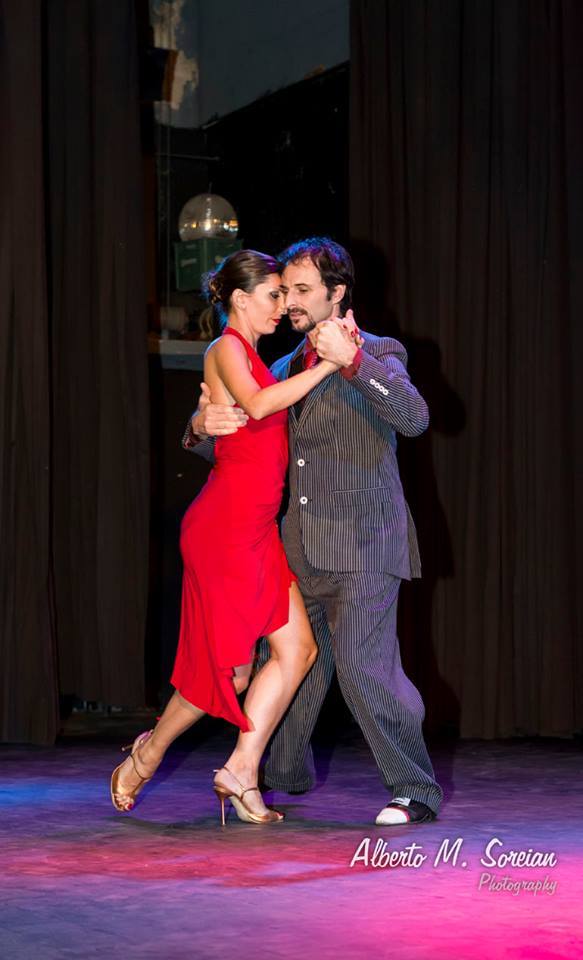 On Saturday, March 12, a visit to Tigre took place for those who had arrived in Buenos Aires before the Cruise would set sail. On this occasion, the group visited san Isidro, a suburb of Buenos Aires, including the local historic cathedral, after which, in boats sailing from the Tigre marina, they sailed around scenic islands, stopping for lunch at the famous Gato Blanco restaurant on the banks of the river Capitan. That evening, upon return to Buenos Aires, the group went to the “Senor Tango” restaurant to enjoy dinner and an unforgettable performance by Tango singers and dancers.

On Sunday, March 13, after registering on board the Cruise ship “Rhapsody of the Seas” of the Royal Caribbean International, the voyagers of the 5th ARS International Cruise – majority of whom hailed from Canada, the United States, Australia and various parts of Europe, visited the Armenian quarter of the Palermo Suburb, concentrating mostly on the ARS “O. Bodourian-O. Diarbekirian” Seniors’ Home and the St. Gregory the Illuminator Cathedral.

Then the group paid a visit to the ARF “Eduardo Seferian” Club, where took place a welcoming reception with the participation of the cruisers and representatives of the community’s prominent organizations. The event’s hostess, Marie Ebekian’s welcoming remarks were followed by the Anthems of Argentina, Armenia and the Armenian Relief Society. The youngsters of the ARS “Shirak” Dance Ensemble presented the “Shiraki Sharon”, “Sareri Hovin” and the “Yarkhushta” dances, under the supervision of their teachers, Therese Sarksian and Vahram Hambadzumian, with the assistance of Diana Balasanian. 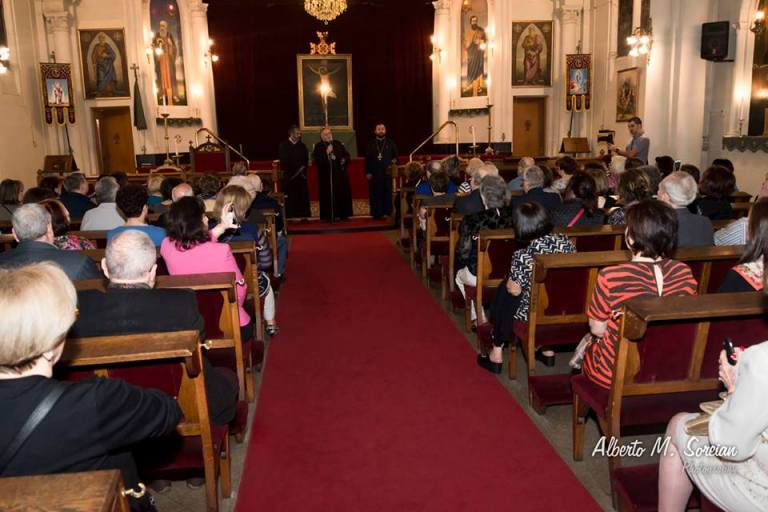 In the name of the Cruise Committee, Dr. Graciela Kevorkian introduced an audiovisual piece covering the history and accomplishments of the ARS/South America through the devoted efforts of its membership. The Tango, also, made a presence at this function through the talents of vocalist Valeria Chelekian and dancers Laura Corrado Misirlian and Damian Eseyl, who presented a piece called “Ballada para un loco”.

The message of the ARS/South America Regional Executive was conveyed by the Chairperson, Arpine Karamanougian, which was followed by an audiovisual presentation of the activities of the Buenos Aires Armenian community.

The message of the ARS Central Executive Board was delivered by CEB member, Sonia Akelian, who had flown from the United States to take part in the Cruise.

Once more, Armenian music lifted the spirits through vocalist Valeria Cherekian’s beautiful voice, singing “Yare martu yar gouda” and “Menq enq mer sarere”. Then, the ARS “Nayiri” Dance Ensemble, under the guidance of Therese Sarksyan and Vahram Hampardzoumian, presented the “Qochari”, “Yes im anoush Hayastani” and “Aragatz” dances, at the end of which, His Eminence Kisag Archbishop Mouradian, Primate of the Armenian Apostolic Sees of Argentina and Chile, concluded the program with a prayer.

After this emotionally invigorating proceedings, a greetings dinner/banquet was attended by all at the “Armenia” Restaurant of the ARF “Eduardo Seferian” Club. The evening stretched well into the night, entertained by vocalist Valeria Cherekian’s renditions of traditional and contemporary Armenian songs, as well as local Tango music and dancing, often accompanied by the guests. 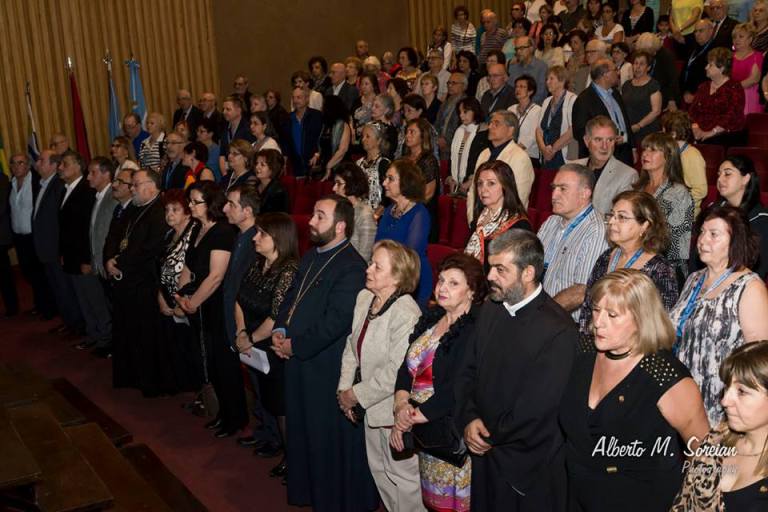 The next day, on Monday, March 14, the participants toured Buenos Aires, visiting historic parts of the city. Finally, that same evening, the cruise ship lifted anchor, sailing towards the Uruguay shores, reaching port on Tuesday morning, March 15. In Montevideo, Uruguay, the ARS “Roubina” Chapter had organized visits to the “Nersesian” National School, the Prelacy and Church of the Uruguay Armenian Apostolic Church, as well as the ARF Vramian Club. In the evening, the ship and the voyagers set sail towards the last port of the cruise.

No doubt, that the participants in the ARS 5th International Cruise will long remember the warm welcomes and hospitality extended to them by the Armenian communities of Buenos Aires and Montevideo, as their initial touristic experience on the scenic shores of South America. 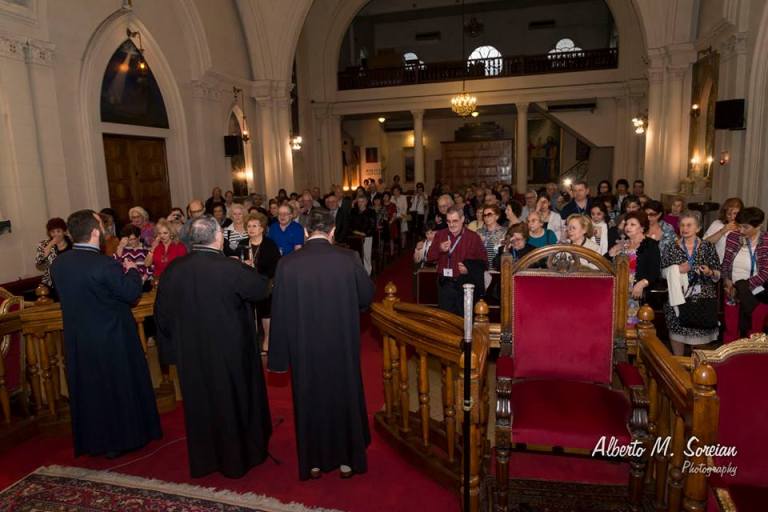 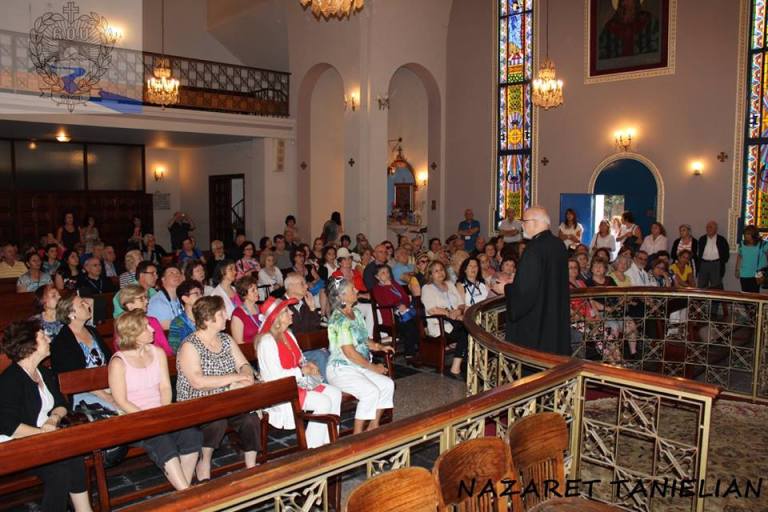 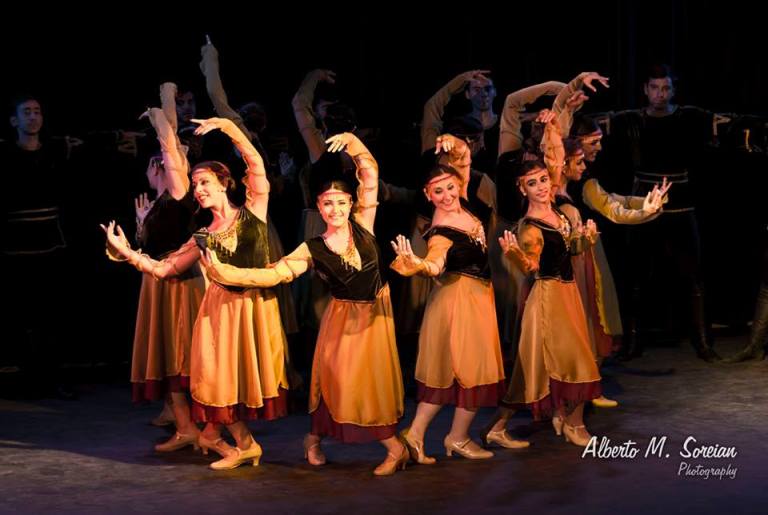 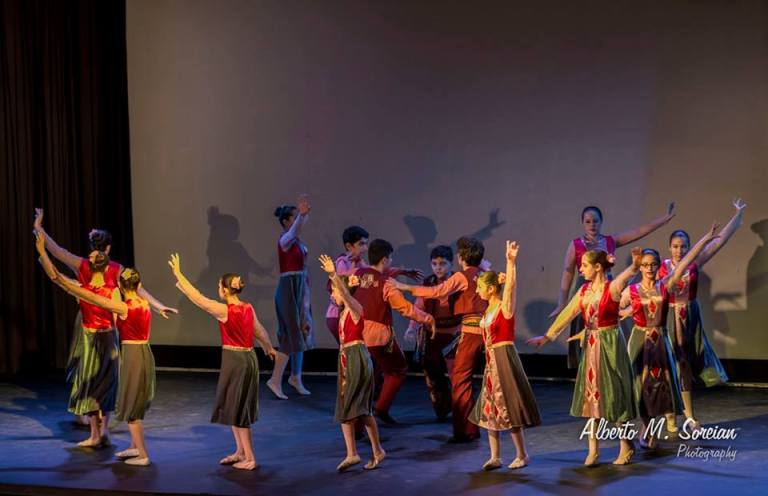 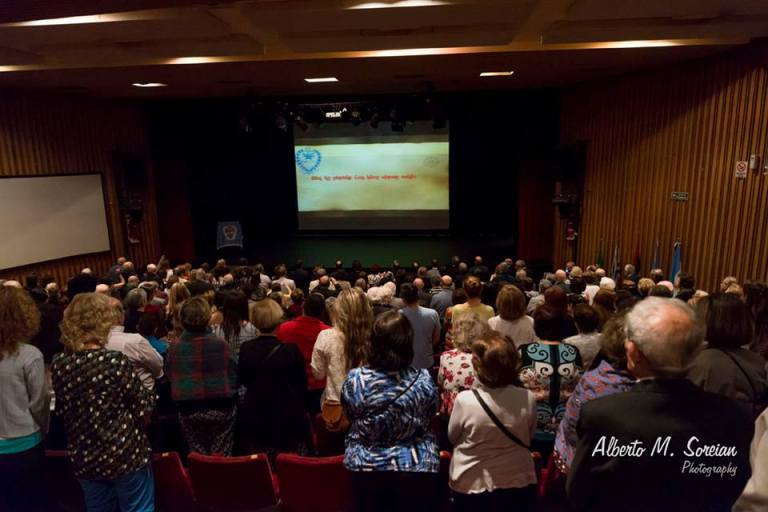 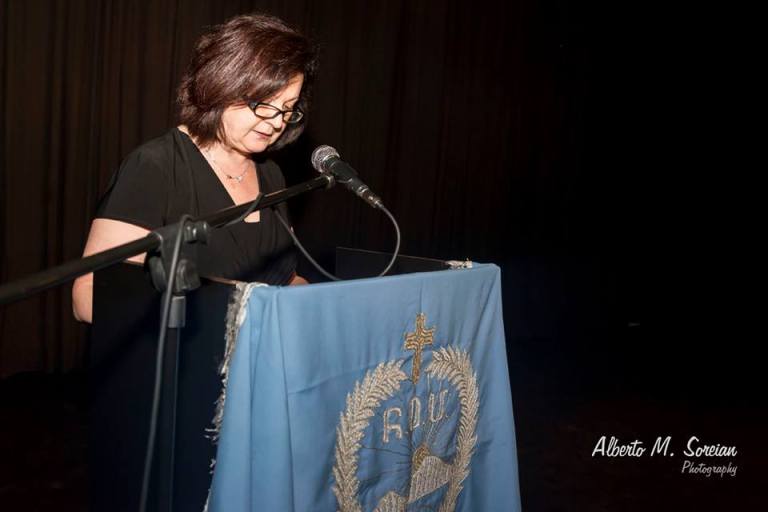 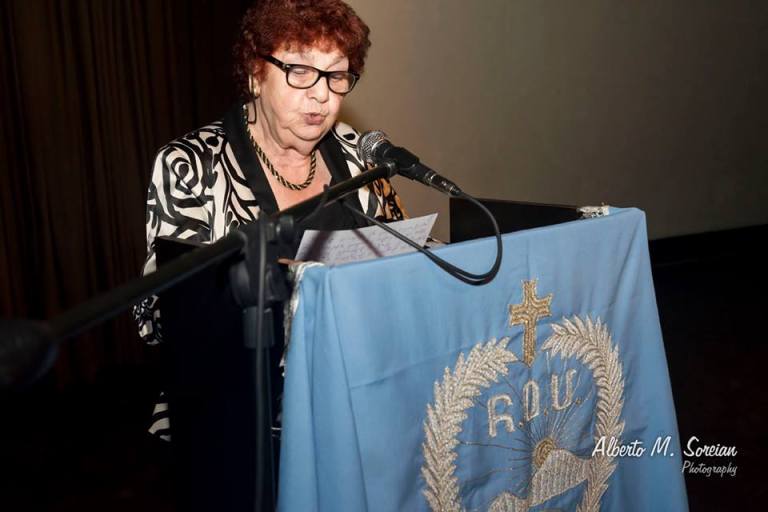 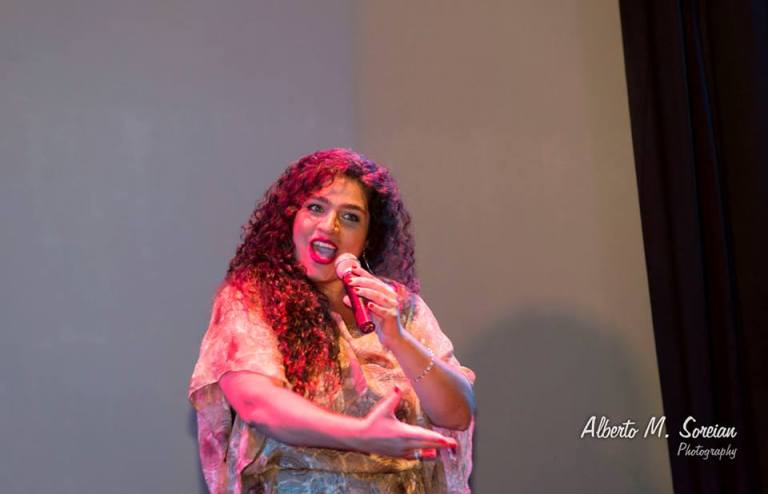 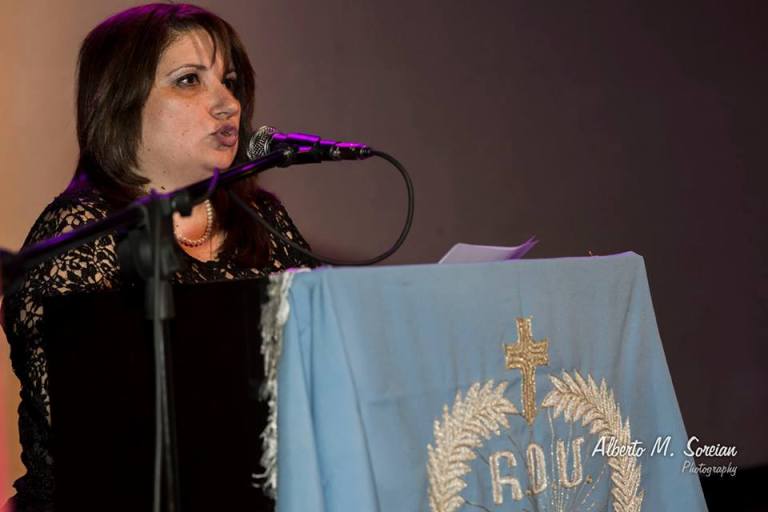