A month ago, His Holiness Aram I declared the year 2019 “Year of the Armenian Press.” Evaluating basic achievements and events connected with the start and evolution of the Armenian Press, inevitably we come face to face with the undeniable value of the uniquely robust role it has played globally in the survival and progress of the Armenian cultural and political life.

The year 2019 also coincides with the 80th Anniversary of the ARS periodical “Hai Sird” which, in its turn as a publication, has played a unique role in promoting, liberating and advancing Armenian women’s restricted field of achievement and status. January, 1939 saw the publication of ARS “Hai Sird”’s very first issue, wherein appeared the 5 fundamental principles of its credo:

2 – Give impetus to the Armenian education of our youth;

4 – Motivate Armenian women to engage in collective activity, and

Over eight decades, 162 issues of “Hai Sird” have been published, in the pages of which, the Armenian public – particularly Armenian women – began to become acquainted with issues that concerned them, and receiving knowledge on educational, organizational, pedagogical, and hygienic issues, became familiarized with the global activities of the Armenian Relief Society, and became acquainted with women in leadership positions, and from time to time received information about the kitchen, humor, and amusing fables and riddles.

In the spirit of the occasion, we have digitally published the first four issues of the publication, which can be viewed here.

We are happy to announce, that the Armenian Relief Society will publish the 163rd issue of “Hai Sird.”

At this time, we feel that it is necessary to express our heartfelt gratitude to the Armenian media outlets of the Homeland, and of the Diaspora, who always gave place in their valuable space to relate the humanitarian activities — and the need of support —  of the global network of the Armenian Relief Society. Well-aware of the difficult conditions imposed by an internationally globalized, exploited and desensitized world community on our national societies and institutions, we call upon our membership, all community, commercial and other enterprises and foundations, to continue their support to the Armenian news media, by both subscribing and donating generously to them in order to keep the voice of the Armenians heard clearly across the globe. 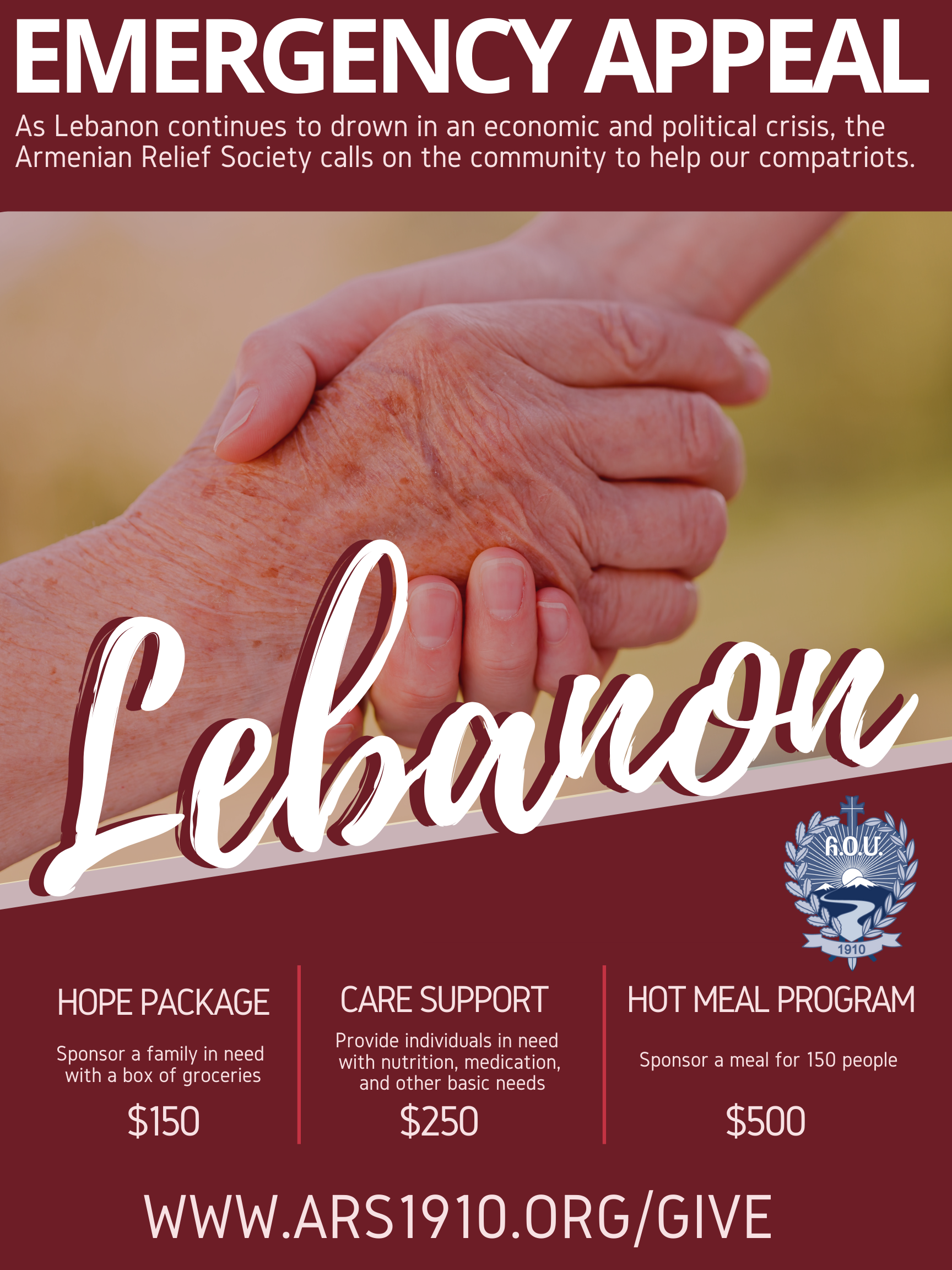 The economic crisis and the political instability in Lebanon have taken an evident toll on the Lebanese-Armenian community.

The Central Executive Board has been closely monitoring the developments since October of 2019 and has already sent $15,000 to the Armenian Relief Cross of Lebanon to ensure that services remain uninterrupted.

We call on the community to join our efforts for this emergency appeal and help us extend our healing hands to our compatriots to help bring a smile to the children, teenagers, and the elderly.

Donations will be distributed to 3 Programs (Hope Packages, Care Support, and the Hot Meal Program).